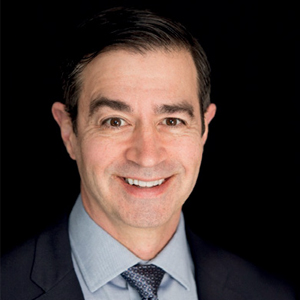 Scan any recent news articles or electric utility resource plans,and you may conclude that fossil-fired generation, particularly coal-based, may soon be extinct. Older, less efficient fossil plants are being retired for economic and environmental reasons. Unfortunately, their fate is similar to the dinosaurs that created the fuel sources now front and center in the climate change deliberations. Meanwhile, encouraged by favorable tax treatment and mandates (both corporate and governmental), the future is bright for renewable electric generation resources. While the olderfossil plants may not be as competitive as renewable resources from a marginal cost of energy standpoint, their locations and related infrastructure can be repurposed, providing needed ancillary services to mitigate the variability associated with renewable generating resources.

In the U.S., many states have adopted renewable portfolio standards and goals, mandating that a certain percentage of the electricity generated in that state comes from renewable energy sources. In fact,California has announced that by 2045, all electricity (100 percent) in the state will come from renewable sources. The Golden State is on schedule to meet its target, with renewable generation sources already providing 30 percent of its total electricity needs as of 2020.

An increase in demand for renewable resources coupled with committed capital and favorable tax benefits has caused more proposed wind and solar generation to come online in the U.S. As the levelized cost of these renewable resources decreases, the effect of adding more renewable generation to the electric grid will continue to place a downward trend on the marginal price of electricity.This will make it even more difficult for the fossil-fired generation to compete on a merit-order basis. A virtuous cycle for renewables puts further pressure on older fossil plants to retire.

Meanwhile, electric vehicles (E.V.s) are becoming more popular in the U.S. As the supply of E.V.s ramps up to meet demand, the relative cost of these vehicles compared to traditional combustion engine cars continues to improve, aided by the decreasing cost of E.V. batteries. It is predicted that by 2025 E.V.’s will cost less than combustion engine vehicles. In addition, the future price of batteries for cars and other uses is forecasted to decrease.

Supporting renewable generation has been widely adopted by many leading U.S. technology companies, with some pledging to have all of their energy needs supplied by renewable resources. For example, Google, Apple, and Facebook are early adopters in this “green” movement and have announced that 100 percent of their energy needs are met with renewable power purchase agreements.

“The Middle East is expected to witness 598 projects to commence operations during the period 2022–2026, with Iran leading in the expected project landscape”

Larger, utility-scale renewable projects are typically located where land is plentiful and often have to rely on ever more constrained electric transmission systems to deliver energy to demand centers. However, existing fossil fuel plants are likely to enjoy electrical interconnections that could be preserved, allowing the new BESS at “old”plants to deliver electricity while maintaining their existing point of interconnection. By preserving their spot in the electrical interconnection queue, existing generating resources can take advantage of reduced transmission-related charges and shorten the amount of time needed to deliver power to the grid.

Everything Old Is New Again

Unlocking the Value of Connected Cars

Comprehensible Distribution of Training and Information...

The Current Focus is On Comprehensive Solutions

Big Data Analytics and Its Impact on the Supply Chain

Carmax, the Automobile Business with IT at the Core

The CIO's role in rethinking the scope of EPM for...

Transformative Impact On The IT Landscape

Get Ready for an IT Renaissance: Brought to You by Big...

Technology to Leverage and Enable

Speed is the Name of the Game

The Journey to Swift Digital Transformation

Virtual Immersive Learning: The Next Frontier in Higher Education

Making the Case For Moving from Health IT to Health Analytics

Data as a Business

Ricardo Leite Raposo, Director of Data & Analytics at B3

However, if you would like to share the information in this article, you may use the link below: